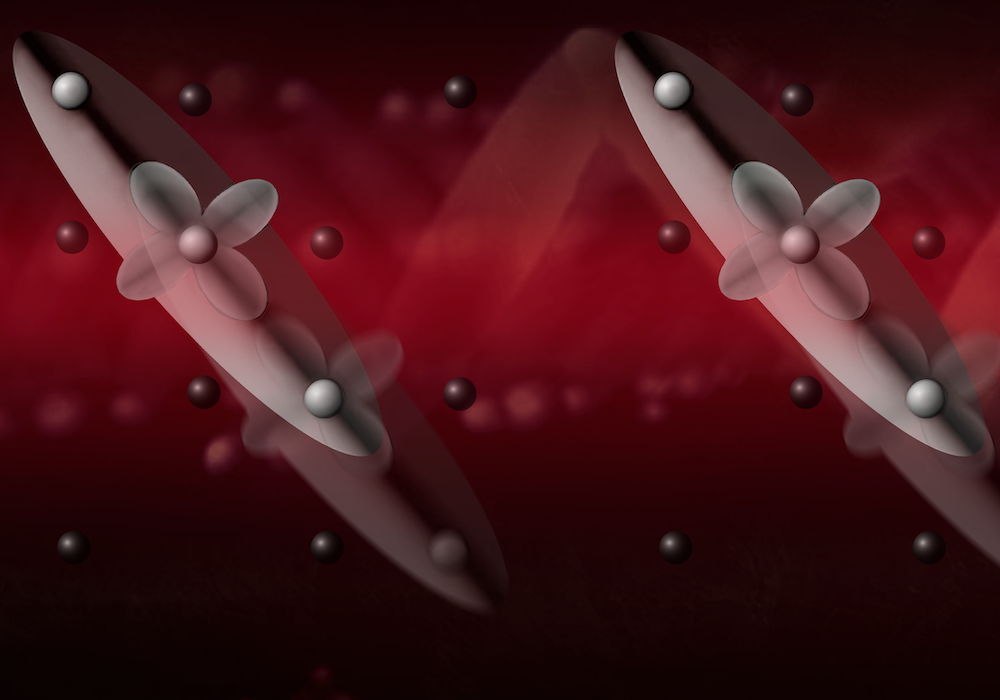 Magnetite is the oldest magnetic material known to humans, yet researchers are still mystified by certain aspects of its properties.

For example, when the temperature is lowered below 125 kelvins, magnetite changes from a metal to an insulator, its atoms shift to a new lattice structure, and its charges form a complicated ordered pattern. This extraordinarily complex phase transformation, which was discovered in the 1940s and is known as the Verwey transition, was the first metal-insulator transition ever observed. For decades, researchers have not understood exactly how this phase transformation was happening.

According to a paper published March 9 in Nature Physics, an international team of experimental and theoretical researchers discovered fingerprints of the quasiparticles that drive the Verwey transition in magnetite. Using an ultrashort laser pulse, the researchers were able to confirm the existence of peculiar electronic waves that are frozen at the transition temperature and start “dancing together” in a collective oscillating motion as the temperature is lowered.

“We were investigating the mechanism behind the Verwey transition and we suddenly found anomalous waves freezing at the transition temperature” said MIT physics postdoc Edoardo Baldini, one of the lead authors on the paper. “They are waves made of electrons that displace the surrounding atoms and move collectively as fluctuations in space and time.”

This discovery is significant because no frozen waves of any kind had ever been found in magnetite. “We immediately understood that these were interesting objects that conspire in triggering this very complex phase transition,” says MIT physics PhD student Carina Belvin, the paper’s other lead author.

These objects that form the low-temperature charge order in magnetite are “trimerons,” three-atom building blocks. “By performing an advanced theoretical analysis, we were able to determine that the waves we observed correspond to the trimerons sliding back and forth,” explains Belvin. “The understanding of quantum materials such as magnetite is still in its infancy because of the extremely complex nature of the interactions that create exotic ordered phases,” adds Baldini.

The researchers suggest that the larger significance of this finding will impact the field of fundamental condensed matter physics, advancing the comprehension of a conceptual puzzle that has been open since the early 1940s. This work, led by MIT professor of physics Nuh Gedik, was made possible by the use of “ultrafast terahertz spectroscopy,” an advanced laser apparatus based on ultrashort pulses in the extreme infrared. Gedik says, “These laser pulses are as short as one millionth of one millionth of a second and allow us to take fast photographs of the microscopic world. Our goal now is to apply this approach to discover new classes of collective waves in other quantum materials.”

The measurements were performed with Ilkem Ozge Ozel PhD ’18 in the Department of Physics. Gedik and his group also collaborated with a team of theorists including MIT Affiliate Professor Gregory Fiete and researchers from Poland and Italy. This work was supported, in part, by the U.S. Department of Energy and the Gordon and Betty Moore Foundation.